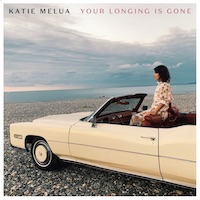 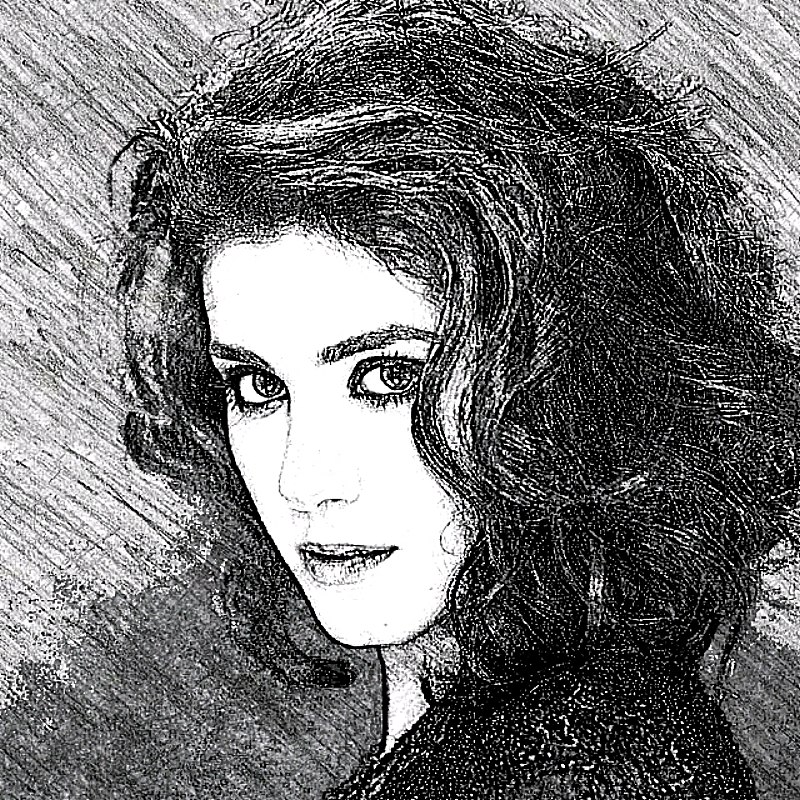 I have added a new page to the Gallery section called TV stills. Here you will find a bunch of photos of Katie taken from her various television appearances.
Go to > TV stills 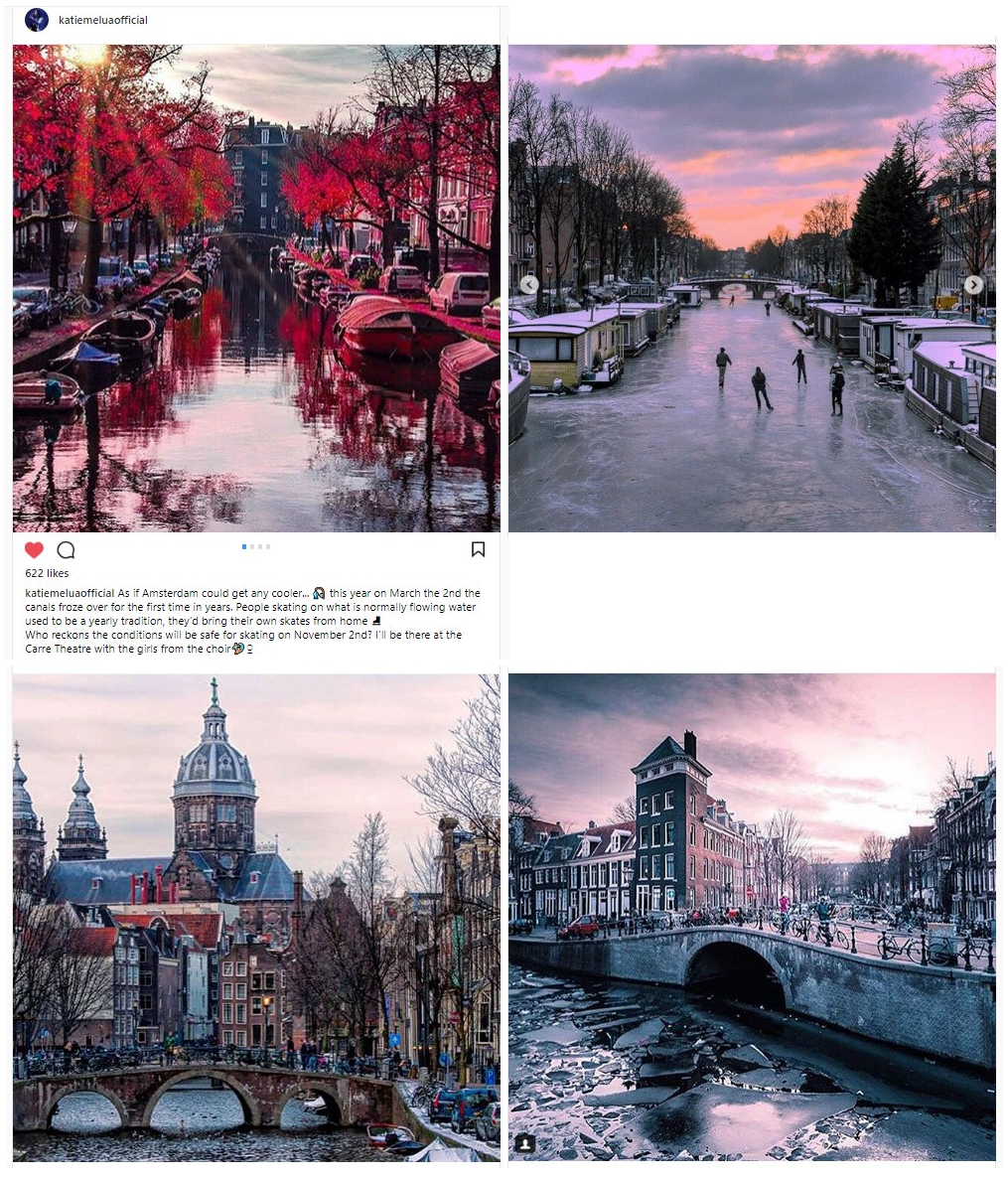 I remember reading something Bruce Springsteen once said about how many songs he writes. It was a throwaway comment but hard for fans to hear - basically he has written way more songs than he has recorded. Some of them get an occasional airing at a live show but most of them go unheard by the majority of his fans. What is this madness? You may well ask. I think it is called 'quality control'. When an artist is putting together an album they usually look for a certain balance. There may be a theme - like 'In Winter' - or just a vibe about the whole album where the tracks all kind of gel together. That means that some songs, no matter how gorgeous they are, just don't fit in with the others and they end up on the cutting room floor. I have no doubt there will be archives somewhere that contain recordings of Katie's songs that for one reason or another were not used on her albums. There are probably even more lying around on a hard drive on Katie's computer, some only half-finished, that never even made it to the recording stage. No doubt Katie, like Springsteen, is reluctant to cobble together an album or two out of these hidden treasures, perhaps feeling they are not quite good enough or something. Yet there is no doubt in my mind her devoted fans would devour them like ravenous wolves. In the end, Springsteen has been persuaded to raid the tomb on a couple of occasions to put out previously unreleased material on 'Tracks' and 'The Promise'. That's the tip of the iceberg for him. And yes, Katie has put out the digital-only album 'B-Sides: The Ones That Got Away'. But again, I'm sure that was only scratching the surface. I don't know how much control she has over those archives now that she has parted with Dramatico, but certainly songs she has at home on her computer are fair game, as are any tracks left over from the final cut of 'In Winter'. Even now, as she is putting together a new album, there will be stuff that doesn't make it despite being more than good enough for the fans. For now, all we can do is sigh, and wonder at what treasures are lost to us, and dream that maybe one day Katie will raid those archives and put out a triple-CD for us to feast on. We can but hope.

* GIG NEWS * If you can make it to Pori in Finland on 21st July you can see Katie perform at the Pori Jazz 2018 Festival! The festival web site is in Finnish, and here is the hilarious attempt by Google to translate it into English - 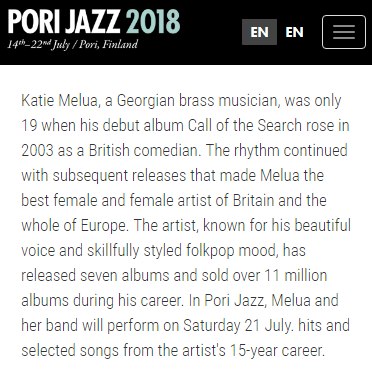 Here's a new feature for you - track notes! Starting at the beginning, with Call Off The Search, over time I'll post these little note cards with details of every song on Katie's released albums. Hope you find them interesting and useful!

Looks like she's still busy getting her house done up. Looks like it'll be worth it though. 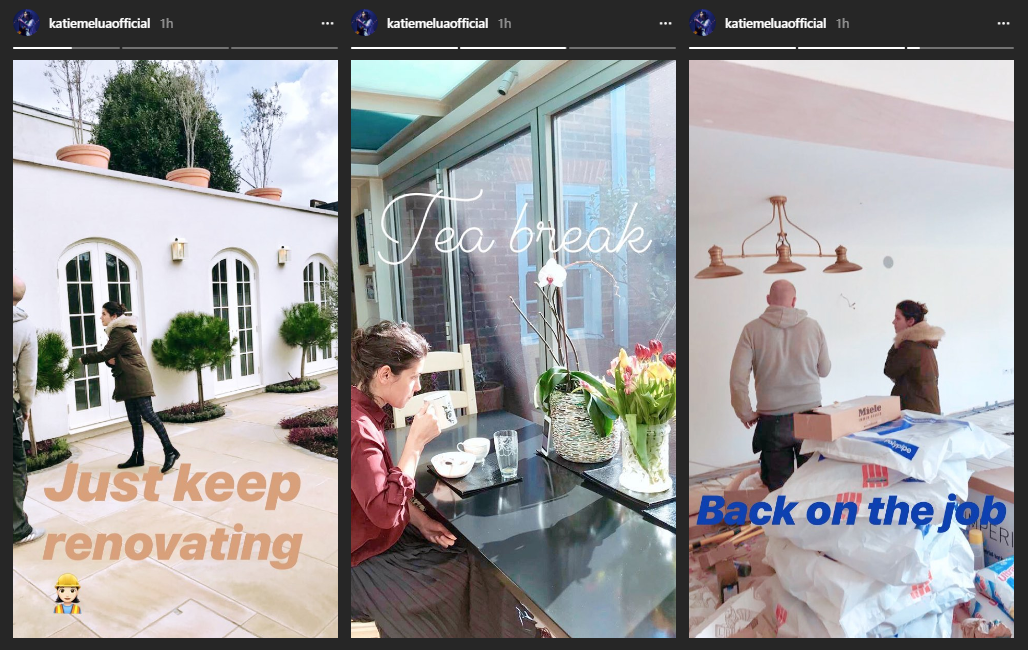 Of the 80 tracks on the standard releases of Katie's seven studio albums, only 20 were written without the involvement of either Mike Batt or Katie herself, and those 20 were all written by different people so she hasn't recorded more than one of another artists' songs across those albums. Of course, in live performances over the years she has performed many other songs and the 'rule' no longer holds true but if you are a songwriter harbouring dreams of writing songs for Katie to record then the omens aren't good! (Though she does collaborate: she co-wrote five with Guy Chambers, and two each with Andrea McEwen, Luke Batt, Rick Nowels and Toby Jepson in addition to the seven she co-wrote with Mike).

Here we are in the third week of March and In Winter is still going strong! As I gaze out of the window at the snow-covered fields once again I'm glad to be indoors with Katie caressing my ears (not literally, obvs). It has been a long winter but it would have seemed so much longer without In Winter. I think even my mp3 version is getting worn. Surely soon it will get a well-deserved rest in time for Katie's tour at the end of the year. 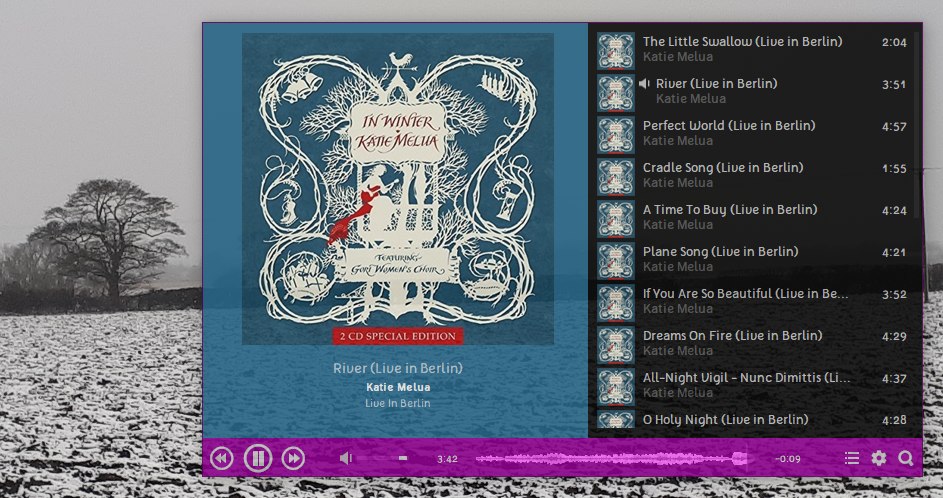 Katie posted about the Perfect World video winning another award at the British Animation Awards. 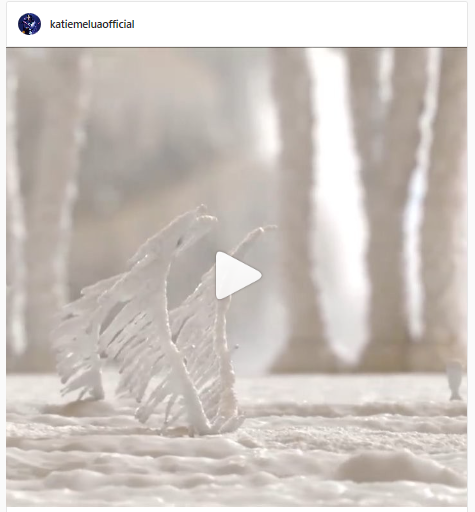 I've put together a spreadsheet of all the songs on Katie's seven official studio albums - in other words, all except live albums, compilations and bonus editions. The purpose of this was to squeeze out a few stats, especially in regard to song writing.
Although there are people who think Katie wrote all her songs herself I think the common perception is that Mike Batt wrote the vast majority. Well, it's closer than you might think! Of the 80 songs on those seven albums here are the top three song-writing credits:

So there you have it. Katie has had a hand in more of her songs than anybody else! Boom! Statistics...

Gorgeous video of Katie singing "River". Just her and her guitar. Nothing else needed. Magical.

Katie being seriously cryptic again. What's this all about? Your guess is as good as mine. 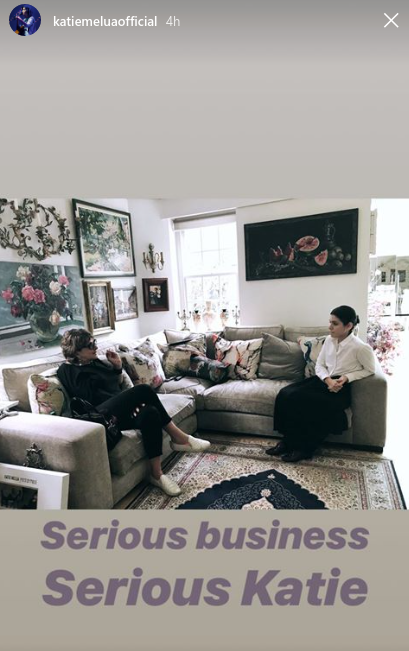 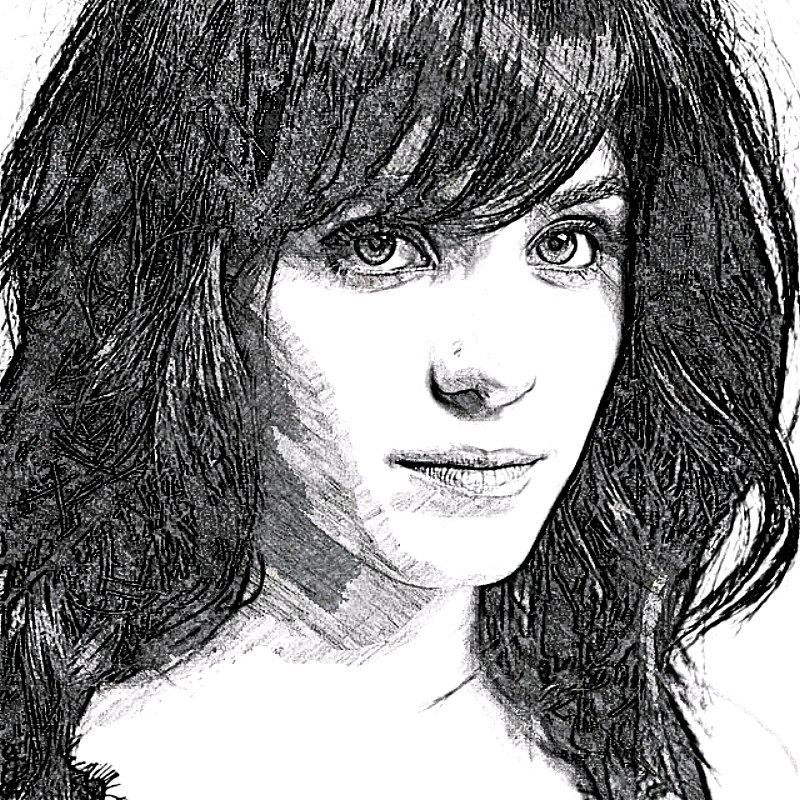 If you haven't tried my Katie Melua quiz yet then why not give it a go? You are presented with 10 multiple choice questions randomly selected from a pool that gets added to whenever I can think up new ones! So you can play multiple times and get a different quiz each time. There are no prizes, just your own satisfaction and you may just learn something about Katie you didn't know!

When you're learning to play the guitar nothing gives you more confidence than when you learn to play a song so you can accompany yourself singing. If you learn three chords then there are thousands of songs you could play. If you learn four then that number goes up dramatically. Two of the easiest chords to learn are D and Em. Two more difficult but very common ones are G and C. But if you learn those four chords then guess what? You can play "If The Lights Go Out"! Katie performed this song as quite a rocky number but it also works beautifully played more slowly on an acoustic guitar. If you fancy giving it a go then here's the page you'll need > If The Lights Go Out 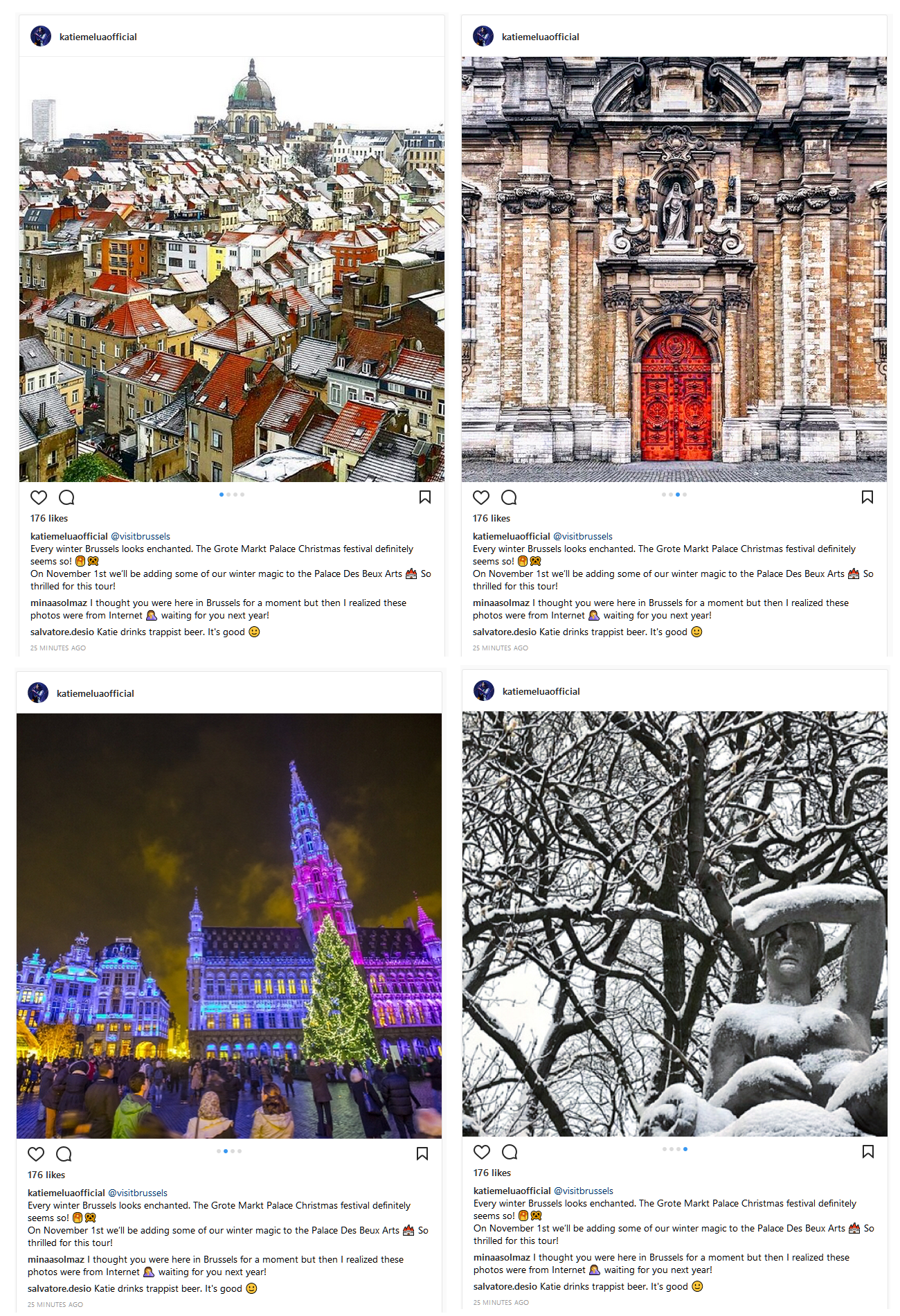 I knew I'd draw her out by saying we hadn't heard from her in March. Finally, another Instagram story from Katie. Admittedly, it's one for the very die-hardest of die-hard fans but hey, when you're starving you'll eat anything! 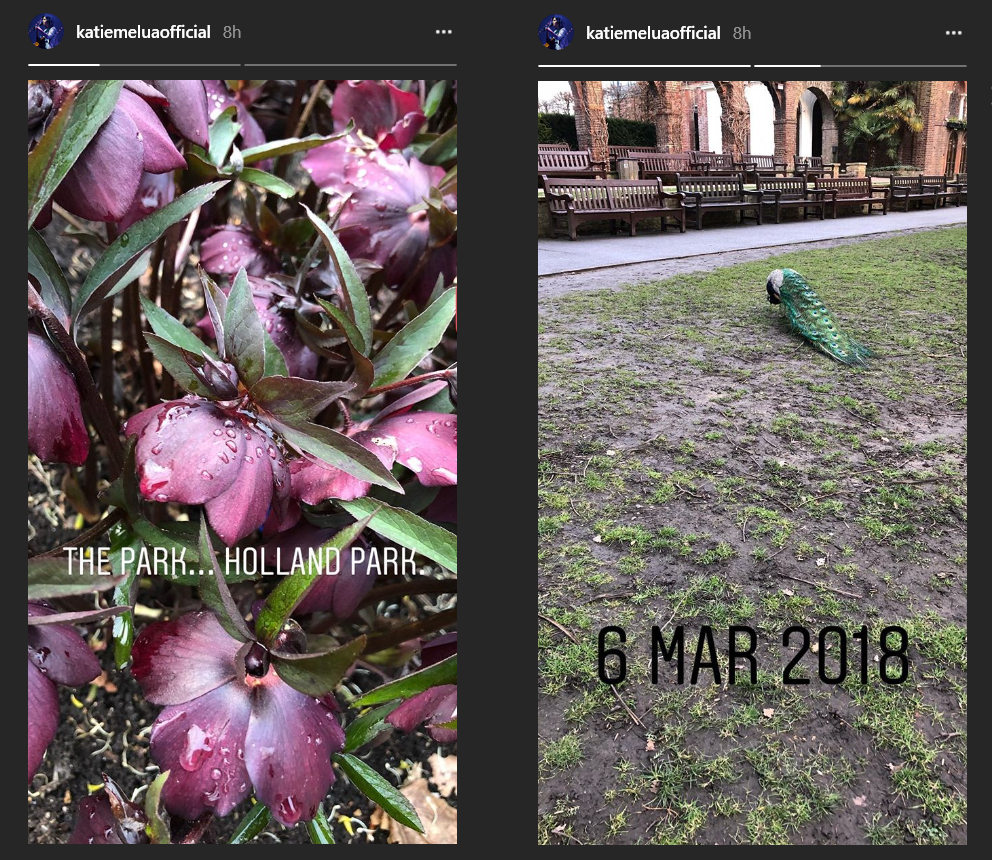 As winter went out with a roar we are now left with a tentative start to spring. The daffodils are beginning to show themselves and the days are suddenly growing longer. So, with heavy heart, In Winter can enjoy a well-deserved rest. See you again in November, my friend. Hopefully Katie is doing the same - we are yet to hear from her in March. Again I find myself thinking about how good it would be to have a Spring-themed album to take over from In Winter. I still hold that dream of a 4-cd box set, Katie's Four Seasons. Something to capture the youth, freshness, vitality and optimism of the season. A time of re-birth when flowers magically appear out of the ground and the birds sing as though merely being alive is something to celebrate (which it is). Spring is a time of love and hope and renewed vigour. In Spring would be a joyous and uplifting album that would raise your spirits and put a spring in your step. Pun intended. But alas, this is a fanciful ramble and Katie will make the music that her heart guides her to, which is why I love her and will follow her down any path, even if it wasn't the one that looked more inviting to my eyes. I trust her sense of direction and she always rewards my faith by leading me to wonderful new places. Long may that continue. 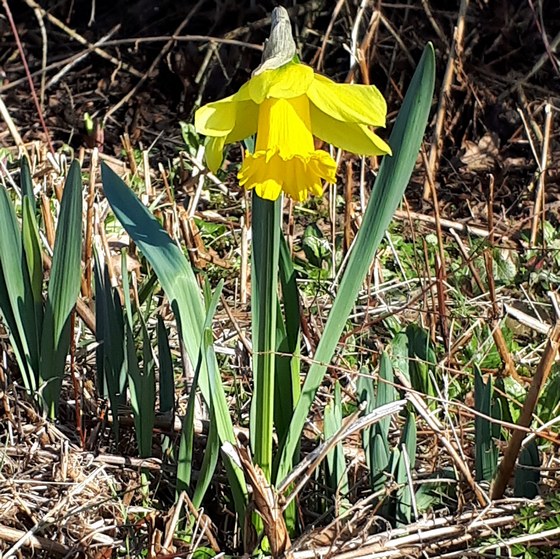 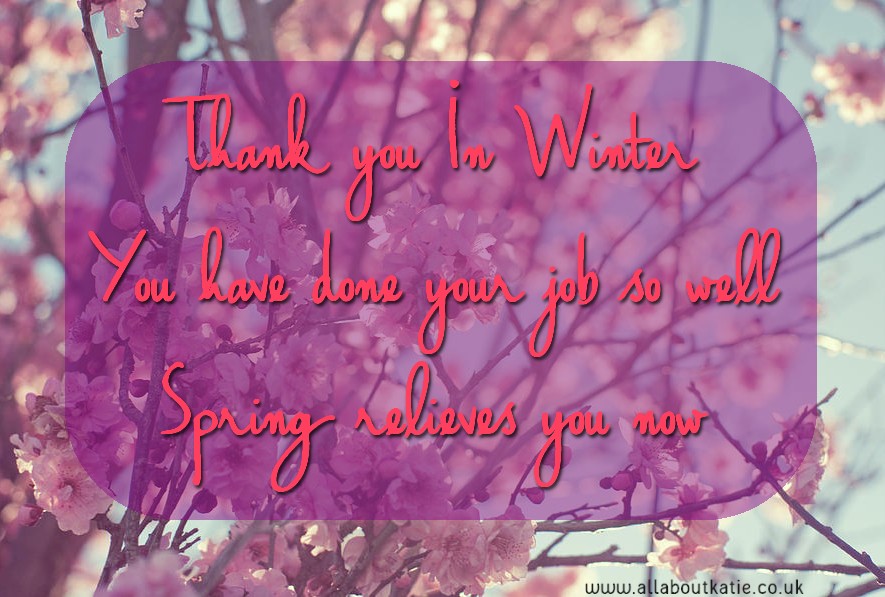 Just a reminder that you can find several gorgeous images of Katie cropped to wallpaper dimensions in the Wallpaper section of the site. They are available in standard and HD sizes, and some are even in Ultra HD. You should check out Katie's eyes in Ultra HD! The image below shows what to expect. Don't look into those eyes too long or she will bewitch you. You have been warned! 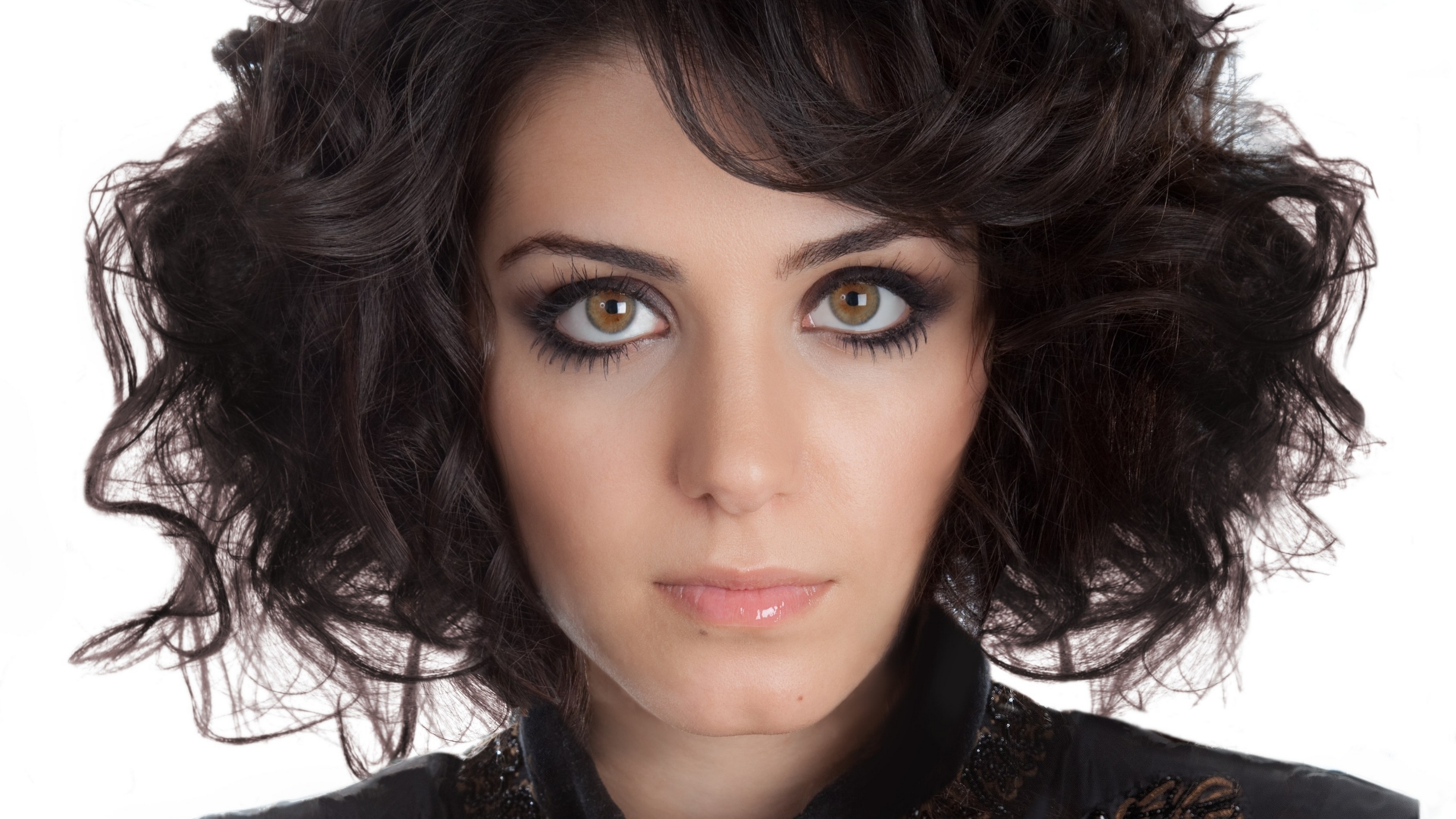 If you like to keep a notebook handy for your inspired ideas then what could be more inspiring than a Katie Melua notebook and pencil? Just a glance at that cover transports me to a magical enchanted forest. Can't say that about the iPhone notes app can you? Available on Katie's web store. (Other items are available ;-) 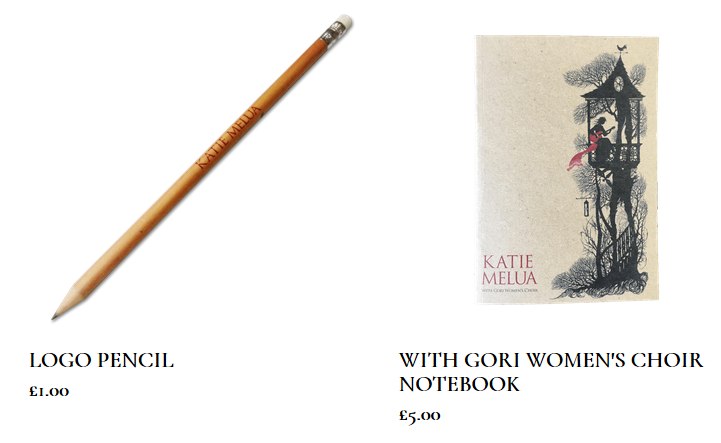 My cheery cherry blossom spring GIF has duly appeared on the left of the page, but in the UK it is anything but Spring, with temperatures below zero and snow falling as I type. But the Met Office will tell you, despite their red warnings for snow, it is officially Spring.
Anyway, I digress. Since we are now in March I can't help but notice Katie hasn't tweeted since December 28th. And that was her team. Her last personal tweet was on December 24th. Has she abandoned Twitter? Well, I hope not. But over the last few months it does appear her account has only really been used for announcements rather than personal messages. The same could be said of her Facebook account. On Instagram she is still pretty active. If she has lost interest in Twitter I would not be surprised. If you have a scan down the tweets she receives it is pretty dull stuff. I look at some of the tweets and shake my head, wondering why on earth they would tweet that to her. Others seem to have ongoing conversations in foreign languages - again, why do they think Katie would be interested? There is so little wheat amongst the chaff that if I was Katie I'd probably decide there are better things in life to spend your time on. Instagram is much better for avoiding all that nonsense. Her posts will still attract the usual 'I love you' and 'Please come to my country' comments but generally there is far less noise than on Twitter. And with Instagram stories she can post little videos safe in the knowledge that they can't be commented on at all. Personally, I'm not a huge fan of Instagram since it requires you to post from a phone rather than a computer, but I can see the advantages for a celebrity like Katie. It is neat how I can embed her Twitter feed in a little box on the right of the page but sadly it doesn't see much action any more, and I'm not sure it will in future. Life goes on.